The miracle has been achieved 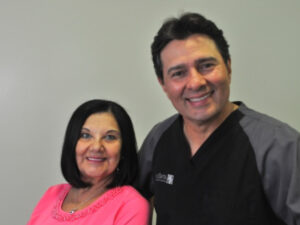 Today we are going to tell you our story. We were still ”baby teeth” when we went to dress up in the office of Edwin Fischel, who with a little bit of ether put our owner to sleep.

We heard him say one day, “You can go now, Fritz,” but some little six-year-old nails on the dentist’s face left their mark.

We grew up and Norma Zeledón, with her sweet hand, filled our cavities. But the day our owner saw, that Francisco was replacing her, she ran down the stairs, and believe it or not, Francisco panting followed her.

We were taken to live in Lausanne, and there they operated on the gums. It was not the ”lumière” that affected but the two big hands. Such was the pain and swelling that not even the ”magician” in the function of ”Mont Choisi” could remedy it.

We returned to Coronado, Costa Rica and Victor Hugo Roman became our friend. The acrylic jackets arrived and we were on the ground. One day, before a walk, we landed on the ground again, with such a bad leg, that we suffered an infection.

We met Dr. Brenes Espinach, who was at the old Banco Anglo, and with a razor he fixed our gums. Time went by and again our friend María Isabel Hernández, ”Blinky”, applied scissors to our gums. Gums that Jose Antonio Echeverria also covered with pink paste. Those gums were so famous that in the Calderón Guardia, to prove in a thesis the obesity, to the ”U” they helped.

We also remember other loving hands: those of Don Rafael Lachner, there on 5th Avenue; those of Christian Vargas, dear ex-student; Ana Lorena Soto and Julio Obando, who took so much care of us.

Then came the bridges, and like the ”London Bridge”, many times ”Falling Down”.

How nice Roberto Cob, where Abelardo sent us; in just a little while he fired the nerve.

Time passed and, due to an unexpected visit, the hypochlorite came to score a penalty and left our owner in a bad way. But two hands of angels: Elizabeth Meza and Peto Lachner, solved the situation. Little blue box at night and a smile during the day; until we happily went to Dr. Mario Garita’s dental clinic.

This is the end of our story, because the miracle has been achieved. Now we smile proudly; we can now go to a restaurant and order steak or ”filet mignon”, without any embarrassment, because with implants or veneers, we are always smiling, thanking Peter and blessing all those who helped us on this long walk.

We will never forget them!