Date: November 21, 2012
Plan included: 28 crowns.
Review: I feel extremely fortunate. I made some friends, saved some money, had an adventure, and got some great teeth. 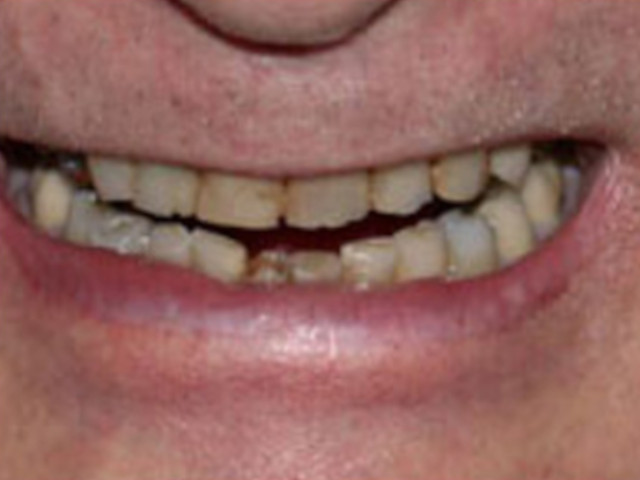 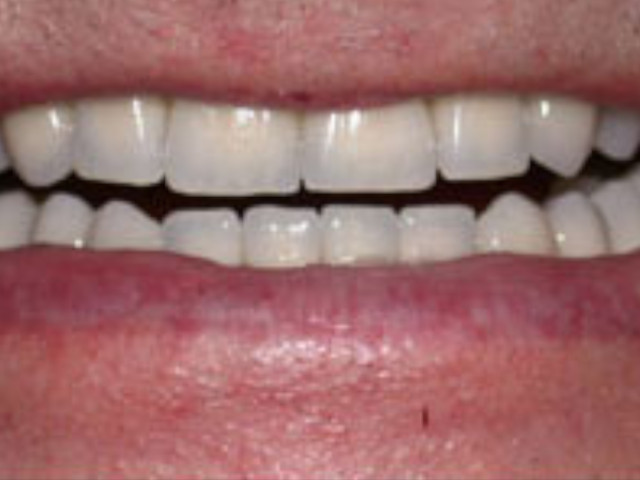 Some of the people I met at Las Cumbres, as well as others at home wanted to know of my experiences in going to Costa Rica for dentistry.  I have needed extensive dental work for some time but I have seen so many examples of “a mouth full of chiclets”, of teeth that just didn’t suit the person, bad margins, etc. that I was having trouble searching out a dentist I felt comfortable doing the work.   I finally found someone I thought was my man but the estimate was $37,000.00.  When I realized it wasn’t a typo and recovered from the shock, I began to consider alternatives.  I wasn’t thrilled about taking out a second mortgage so he could live a lavish lifestyle and have two children in high school both driving new SUV’s.  Another dentist locally assured me he and his lab could do as good a job as anyone.  We never got to the money part because in eight months he never got a satisfactory impression that he could work with and come up with a number.

Cut to Costa Rican dentistry.  I was made aware of this possibility by friends in Virginia, and the magic of the internet.  I knew of Dr. Mario Garita through Ron Laytner’s story in the Charlotte Observer but I contacted several others as well.  For reasons too personal, lengthy, and unimportant to this story I decided on Dr. Mario as he became known, and Las Cumbres Inn (Surgery Retreat) as a place to start my in-person investigation.  When we arrived at the airport we were met by Elke Arends herself, the owner/manager of Las Cumbres.   It didn’t take long to realize Las Cumbres was a good decision.  I had a consultation with Dr. Mario the next morning and I had interviewed enough dentists to have immediate confidence in him.  All my questions and concerns were dealt with in such a way that I moved from his office to his dental chair that morning for the beginning of four, four hour days of preparation for 28 crowns.

One of the discussions I had with Mario concerned lab work because I knew the lab is key to an aesthetic crown.  There are basically two types of crowns, the better ones using “noble metal”.  But Mario also told me of “the Italian”, who, if the other labs charged $1.00 he charged $3.00 but his work was superior.  However, he was more of an artist than anything, with an artist mentality, he couldn’t be rushed, and was often a pain to work with.   But he was a perfectionist and his work was the best.   Although Mario and I discussed length and color, I ultimately left the decisions in his hands.  Mario started working on my teeth with a confidence and assurity I had not previously experienced.  He seems to get in a zone and unless you let him know you need a break or to rinse etc. he is at work.  I liked it, and was comfortable with it, because I do a lot under a microscope and work like that myself.  A combination of confidence and concentration.

After four days of about four hours each I was sitting in Mario’s chair while he worked on my temporaries with his Dremel-like instrument.  We were discussing cost and he said, “Of course money is necessary, we all need it, but this is what is fun,” referring to the dental work.  And there were a couple of other occasions when he was admiring his work and he said, “I love being a dentist.”  There were times I said ¯ what about?, or are you sure..? , and he always smiled an enigmatic smile and his response was the same.  “You are going to be so happy, you’ll see”, or just “you’ll see.”  So I came home with temporaries for two weeks to give the Italian plenty of time ¯ no rushing him.  Mario had suggested I be there over a weekend on my second visit because after he fit the metal the lab could work over the week-end and be ’more relaxed’.  I arrived back on a Thursday and saw Mario on Friday morning.  He tried on everything and was happy and told me to return Wednesday morning.  “But Mario, I leave Wednesday.  I have to be to the airport by noon.”

“I have confidence in myself, and the lab.  You will see”

Eat your heart out Julia Roberts

The folks at Los Cumbres were making book on whether I would make my flight or show up back at the Inn because one or more of the 28 crowns needed further work.  I was in the chair by 9:30 and by 11:15 I was back in the reception room talking to some people from North Carolina with my 28 new crowns..  The crowns went in with such precision there is just enough space for dental floss between each one.  But… don’t order yet… these are the most beautiful, natural-looking teeth anyone could ever ask for.  Eat your heart out Julia Roberts. I couldn’t have done better if I had been able to grow a third set of teeth. Actually, I was blessed with wonderful teeth but years of decay, fillings, chips, grinding, and miscellaneous incidents and accidents had taken their toll.  I have a picture of my sister’s wedding just before my sixteenth birthday and I had these same teeth.  Had I given the Italian the photo he couldn’t have done any better.  I had to remind myself I was supposed to be macho or I would have been teary eyed.  OK, so they look spectacular, but how do they feel?… and how do they work? you may ask.  They feel like my teeth, and the toughest steak?….. it’s no match.  I am not sure I have ever been able to chew as well, and there are no pockets or ledges that gather food particles.  After years of looking for the right dentist and patching things up this seems miraculous.  Cost is usually a factor in anyone’s decision to do dental or cosmetic surgery in Costa Rica and I saved enough I didn t need that second mortgage, but I also don’t think I could have received better quality work and a better end result anywhere at any price.  Thank you Mario, and my thanks also to “the Italian”.  Elke is a story unto herself as anyone knows who has spent time in her presence.  I spent two weeks at Las Cumbres, and a good part of that just hanging out talking, listening, and learning (and eating).  I had the honor and privilege of accompanying Elke on trips to the market, the clinics etc. and once to the computer repair shop when I foolishly thought perhaps some testosterone energy might help on her side of the negotiations.  Silly boy. Elke is a most capable person, and in four languages.

I feel extremely fortunate.  I made some friends, saved some money, had an adventure, and got some great teeth.  Although it is embarrasing now to look at the pictures and wonder how I let them go so long.